With some notable exceptions—the flags of New Mexico and Maryland come to mind—US state flags pretty much all suck. Many of the worst consist of the state’s seal on a blue field. Bleah. How boring and ugly! But it doesn’t have to be this way. The Anglosphere has a rich vexillogical and heraldic background from which we can draw all sorts of powerful, meaningful designs.

Along those lines, I thought it’d be fun to come up with alternative flags for the six New England states—all of their modern flags are terrible, and the region has tons of shared history and culture. I’ve based my designs on on the historical flag of New England. 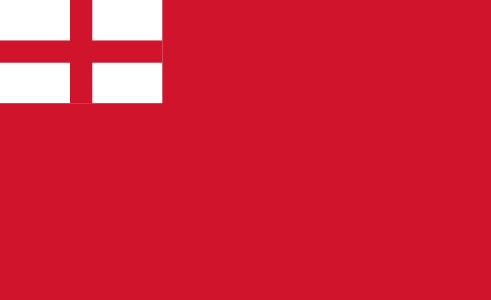 The flag of New England originated as the English Red Ensign—which flew over the ships which took colonists to the New World, and over the merchant ships trading with the mother country. Had relations with the home country not soured—had America not found it necessary to dissolve the Political Bands which have connected them—we can imagine that this flag would have evolved in a manner similar to the other national flags based on British ensigns, such as those of Bermuda, Australia, and (formerly) Canada.1

Even after the Act of Union (1707), when the Union Flag replaced St. George’s cross in the cantons of the British ensigns, New England persisted with the English Red Ensign. Eventually, Puritans who objected to the inclusion of the holy cross on a worldly flag managed to remove it, and for some time New England flew a red ensign with the canton blank. Meanwhile, the pine tree came to become a core symbol of New England, appearing on its coinage, and eventually on its flag—taking St. George’s Cross’ place.2 This is the flag immortalized at Bunker Hill. 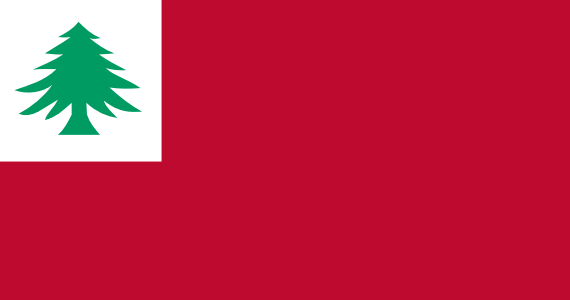 The Flag of New England

Pre-modern flags often varied substantially in terms of dimensions, proportions, and color choices. In order to modernize the basic form of the New England flag, I adopted the 1.9 by 1 dimensions of the US flag, and used the red from the US flag’s stripes. I took the green of the pine from the Irish tricolour—a subtle nod to the demographic impact of Irish immigraiton on New England. I made the canton’s height be the same as that of the US flag’s canton—7/13 of the total height—but square, as historically depicted, and like the Grand Union Flag.

To make flags for each of the New England state, I’ve defaced this flag with each state’s seal, somewhat like the defaced British ensigns you see as national flags the world over.

Generally, I like how these turned out, though the most painful one is that of Massachusetts—her coat of arms sits blue-on-red, violating the rule of tincture quite badly. Imagine I put a white fimbriation on it if this really bothers you. 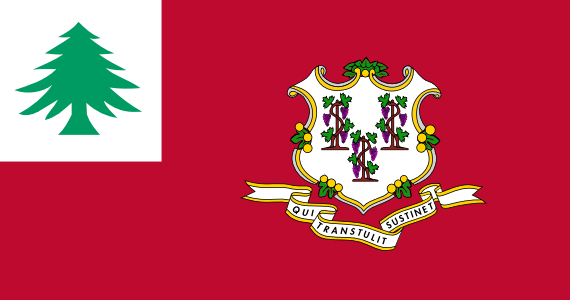 A Red Ensign for Connecticut 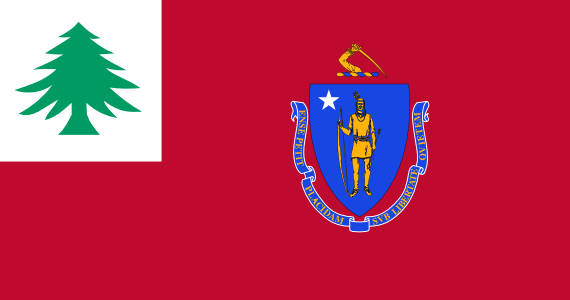 A Red Ensign for Massachusetts 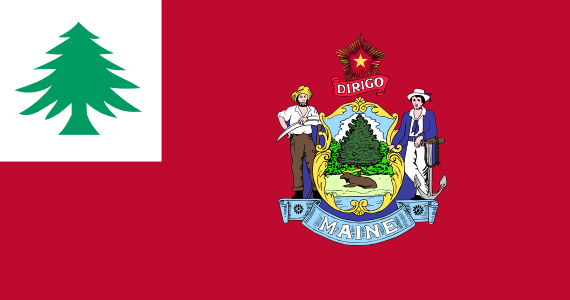 A Red Ensign for Maine 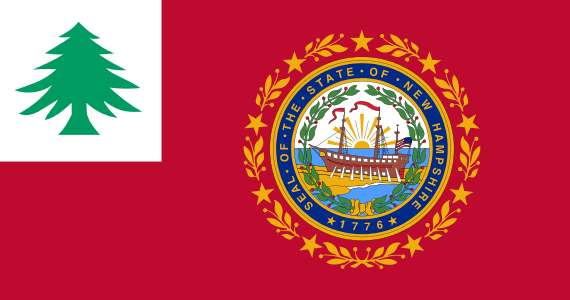 A Red Ensign for New Hampshire 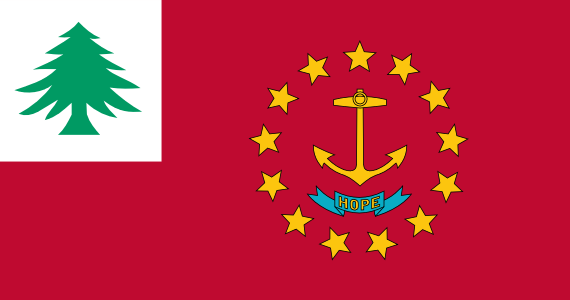 A Red Ensign for Rhode Island 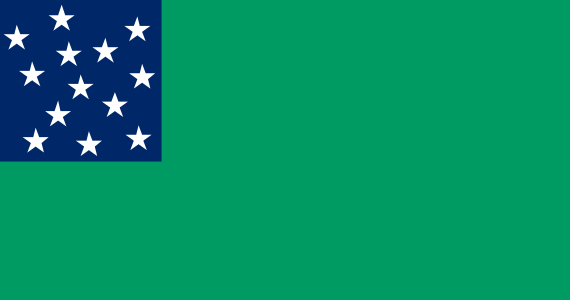 The Flag of the Vermont Republic

Astute readers will notice I only supplied flags for five of the six New England states. What about Vermont? Well, I think we already have a wonderful, historic Vermont flag which fits right in with the rest—the Flag of the Vermont Republic, the infantry flag of the Green Mountain Boys. Like the other flags above, I’ve adjusted its proportions and colors to match: I took the blue from the canton of the US flag, and synched the green with the pine tree in the other flags.

Emacs, SVG, and the public domain

I did all of this flag editing in Emacs’ nXML mode, with occasional recourse to Inkscape.

I cribbed pretty extensively from several of Wikipedia’s public-domain SVG images. I took the colors and measurements from the Flag of the United States, the pine tree from the Naval Ensign of Massachusetts, and its green from the Flag of Ireland. I took the coats of arms from the flags of Maine, New Hamphshire, Massachusetts, Rhode Island, and Connecticut. I took Vermont’s star field from the Flag of the Vermont Republic. Thank you to Wikimedia users Dbenbenn, Zscout370, Jacobolus, Indolences, Technion, Himasaram, SKopp, Mysid, and Greenmountainboy for making the source flags.

Share and Enjoy! I hereby release these SVG files into the public domain: